The problem of the majority of movies about vampires is that the vampires are shown either being too fantastic or being too far away from common people, somewhere in their family castles, hidden from the strangers’ eyes. However, a new movie Byzantium shows more realistic vampires, who live in the modern world and tries to survive in new realities.

Gemma Arterton and Saoirse Ronan are representing mother and daughter in the movie. They are not super rich, like most movie vampires sitting in their castle and playing online casino for fun. The two women are surviving, taking low-paid jobs, changing cheap apartments, and drinking blood only in situations where they are sure no one will catch them.

The movie is very realistic showing the conditions in which they live, having no other income but the one Gemma’s character brings working as a stripper. Both Gemma and Saoirse are brilliant in their interpretation of characters. And yet, this movie brings us all closer to how real vampires would live in modern conditions. 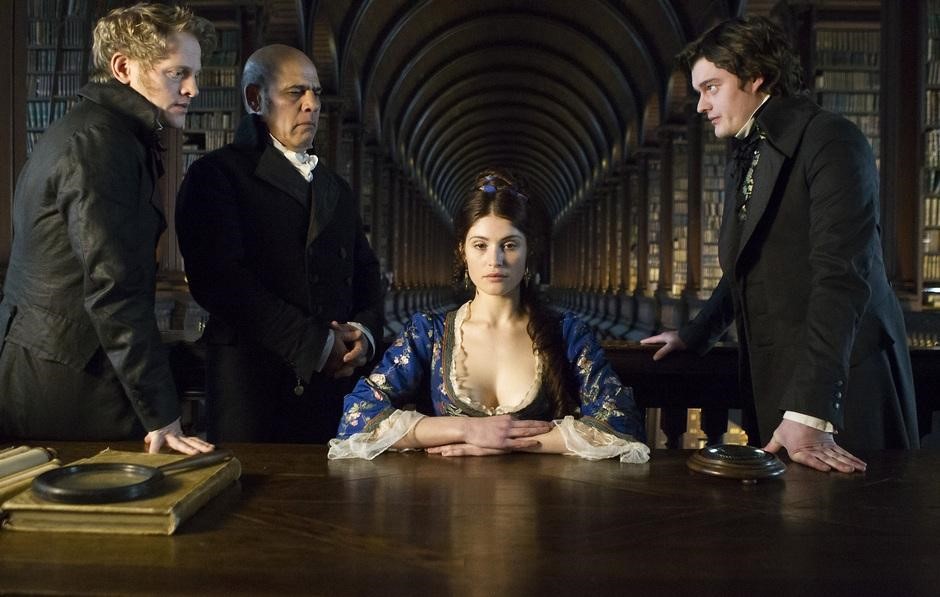 There is a bunch of things most vampires who are at least 50 years old have never faced before, including, but not limited to: - smartphones; - computers; - internet; - social networks; - digital technologies applied to more and more spheres; - digital documentation that makes it hard to fake the documents; - more accurate medicine and innovative technologies which make it hard to trick the doctor; - cameras and people with smartphones everywhere, able to shoot any unusual situation. Also, bank cards, registrations for every service, customs control on borders, difficulty bribing, etc. All this stuff means the living dead who are older than 50 years should adapt quickly to the changing conditions.

For this, the vampires should be very rich, which will allow them to hire assistants managing all this new digital stuff, and solve other problems with money. Older ones may be like that, but younger or just unlucky ones, like the characters of Gemma and Saoirse, are not, and therefore they do struggle with everyday life.

While the characters in the movie are created so that they arise compassion in the viewer, in reality, such people won’t make anybody compassionate. The problem is, they are still beasts, not humans, and they still see humans as the source of food. While older and richer vampires at least feel safe enough to avoid the necessity of killing for safety and money, poor and underprivileged ones will do that on a regular basis.

The Byzantium movie shows a very realistic picture of comparatively young and definitely ill provided vampires trying to survive in the modern world. While the movie itself is worth watching as an interesting story, it also teaches us about the most probable scenario of life for non-rich vampire living in poor conditions. Also, one is able to make a conclusion that vampires are not obligatory super smart and super rich because the situation can be different in every separate case. Therefore, it is wrong to suggest that only well-provided individuals are probably vampires.